Coming Clean - Last Part, or HOW I HAD A SEVENTY-FIVE POUND BABY!

That's just the fantasy that I've carried around for TWENTY-FIVE years because, if that were true, I WOULD HAVE LOST ALL THIS WEIGHT! IN ONE FELL SWOOP! ((Did you know those two words have been around for over 400 years and were used by Shakespeare in Macbeth? I googled.)

Unfortunately, Tyler really only weighed 8.5 pounds. And get this: After 18 hours of labor, I had to be quickly put to sleep and Tyler had to be CUT OUT OF ME because MY PELVIS IS TOO LITTLE!!!!!

The ONE part of me that is little is inside me, hidden from view, and very infrequently used!

So.... that brings me up to now.
I know that was twenty-five years ago, but weight-wise, there hasn't been much change since I had my 75 pound baby boy. 'Course I've spent a lot of time with Jenny Craig, Weight Watchers, TOPS, Nutrisystem, Fen-Phen, Topomax, Slimfast, Curves (not!), and even Optifast (no food for three months - just Optifast shakes). But essentially I'm the same weight. My body has gotten comfortable at 240 pounds. Sometimes it handles a bit more, sometimes a bit less but, it obviously doesn't like changes! 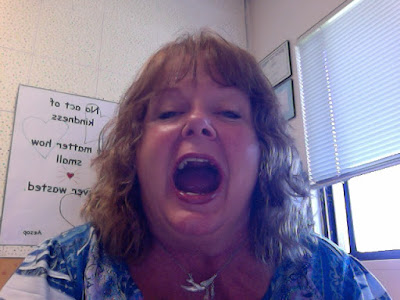 Skinny Jenny is stuck in here and she wants out!!

Me, right at this second. I had to take a better one after the one with my mouth open. 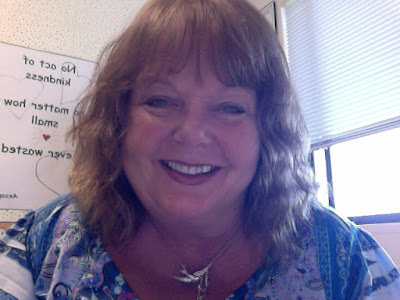