Hello, My Name Is Jenn and I Am An Ex-Restaurant Phobic

But I wasn't always this way.

When I was eight, my dad and I were driving to my grandmother's house about two and a half hours from our home. My mom had just started to attend college (as a forty-year-old) so she was going to come to grandma's the next day.

My dad and I stopped at a restaurant in the little town of Dickens, Texas. I ordered my favorite soda - a root beer. He asked if there was a doctor in town. The waitress told him the closest doctor was in a town about 30 miles away. So my dad ordered Alka-Seltzer. Before our orders came, he fell backwards off the counter stool onto the floor. They say he was dead before he hit the ground.

I was rushed out of the restaurant and taken to the Sheriff's house to spend the afternoon with his daughter (who was home sick from school) while they tried to locate my mom. No cell phones back then. They reached mom by telephone four hours after dad died when she returned home from class.

I spent the afternoon watching The Three Stoogies and eating little wax "cokes". 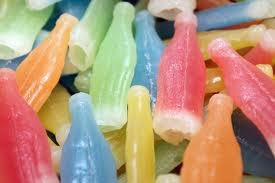 
It's funny. I haven't drank root beer or watched the Three Stoogies since that day - October 12, 1962. Wow, just realized its 49 years tomorrow. Long time to go without root beer. Or The Three Stoogies. Or a dad.

I suffered from LOTS of phobic symptoms after dad's death. And it was 1962! People didn't think kids needed counseling. They'd "grow" out of it.

The truth of the matter is that children don't grow out of it but they do grow into being therapists! Chew on that for awhile!!

I HATED restaurants. If I had to go into one and was forced to order, there was no way I could choke anything down.

I would tentatively swallow.

Do you know what happens if you tentatively swallow? The food only goes part way down. It's like tentatively throwing a bowling ball. You can't make it to the pins. Or the stomach.

So then I would feel the sensation of food in my throat and frantically grab my drink to try to wash it down. When I finally completed a swallow, I would have the relief of someone who had been in a major anxiety attack. And then have to do the whole thing over again with the second bite.

You would think that my dad choked to death by my response, wouldn't you? But he never even got his order of Alka-Seltzer. Its just the association I made with R.E.S.T.A.U.R.A.N.T.S.

This went on for years. In junior high, I reached the point where I loved going out to eat but it was an ordeal. My tentative swallowing, panic-stricken looks, and frantically grabbing my drink was noticeable to others. Talk about people-watching. I'm sure I was watched!

I don't really know when or why I stopped being panicked by eating in public places. Maybe it was due to therapy, maybe it was due to growing up.....maybe the phobia just transformed into compulsive overeating and loving restaurants!

Whatever it was, it doesn't bother me now.. I'm on my way to meet Cathy at Hill Diner! 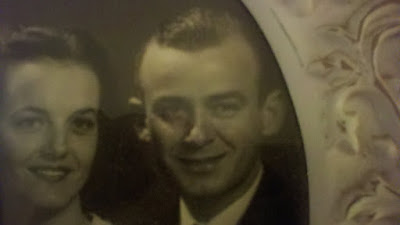