My Life As A Saint Christopher's Medal

I'm blogidealess (new word - soon to be in your local dictionary) right now, so Donna has suggested that I write about my uncanny sense of direction.

Donna, my adopted sister, has lived in the same house in the next door town since I moved here in 1983. I STILL, to this day, frequently pass her house when I'm trying to go to it.

You know, a lot of being able to find something is knowing in your body when you should be there. You know what I mean? It's nearly like an internal timing thing. Even if the house you were going to looked different, you'd somehow know you were there by your internal clock or intuition or whatever.

I don't have that. I pass Donna's house all the time. I pass the turnoff to my own house. I turn the wrong way off the Santa Fe relief route and go TOWARD Santa Fe and AWAY from Los Alamos, where I'm trying to get to.

And trying to take Donna to her mom's house in the foothills of Albuquerque? Its a new and different adventure every. single. time. Even with Donna guiding me.....
Jenny: Wowwwwwwwwww, I've never seen this before.
Donna: Yes, you have. We pass it every time we go this way.
Jenny: But, last time, this house was on the other side of the road.
Donna: That's because you were going the wrong way the last time.
Jenny: ????????????????????

Those of you who are from Lubbock know exactly what I'm talking about.

Even a moron can find where they need to get to in Lubbock. Especially if you lived there in the 60's, before the city fathers discovered that you could actually steer road machinery and make it TURN and thereby create a CURVE in a road.

Lubbock is built on a north/south, east/west grid and, get this........ nearly everything is in alphabetical or numerical order. 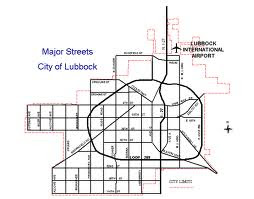 Of course, over the years, Lubbock has had to stick Martin Luther King Blvd in there where it's totally out of place, change College Street to University Avenue after Texas Tech became one, put in a traffic CIRCLE just to be cool, build a loop around the outside of the city that's now on the inside, and build a bizzarro freeway across town called the Marsha Sharp Freeway after the girls' basketball coach. 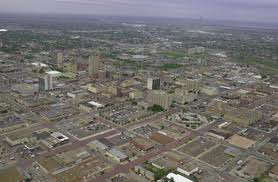 If Lubbock was a face, the Marsha Sharp Freeway would be a slash mark across it's chin and cheek. (Well, at least in the way I'm looking at it here in Jennyland.)

But, when I grew up there, I lived on 29th and Memphis.
I can say that and anyone from Lubbock knows exactly where I'm talking about. Right?

That's my kind of town. You don't have to have a PhD in rocket science to find your way back home.

Now, there's another reason my sense of direction is so ...... skewed.

As an emotionally disturbed child (read: adolescent lunatic) of an alcoholic, I thought I was a Saint Christopher's medal. I thought if I was in the car with my mother - just somewhere 'on board' - I could keep her safe.

And believe me, in those days, there was a need to keep her safe.

When I was growing up, in addition to being the straightest town in regard to its streets, Lubbock was also the driest town. One couldn't buy alcohol within the city limits so there was "the strip" right outside of town - truly a long line of liquor stores and good BBQ places. 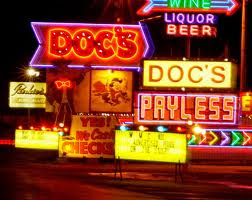 When my drunk mother would pour the last of her vodka in her coffee cup and get in the car to drive out to the strip, I would FREAK.

I was not going to lose another parent - not without going down with the ship myself!!!

So, I would hide in the backseat floorboard - sometimes under a blanket - just in case I needed to jump over the seat and take the wheel before we had an imminent crash.

It was definitely a case of lunatic logic. All I could see out of the window were street lights and the tops of telephone poles and I had NO IDEA HOW TO DRIVE.

But, it was the principle of the matter. I was going to save my mom.

Sometimes I would come out from under the blanket when we got to the Strip so the man at the Pinkie's drive-though window would give me a piece of bubble gum.
Sometimes I'd stay hidden until we were back in our driveway.

But my momma never had a wreck, so....... that means that my job as a Saint Christopher's medal worked, right?

On some ancient, core, little girl level, I still believe that, I think.

It's the part of me that worries about Tyler this weekend as he is being WILD AND CRAZY (ok, drunk and stoned) in Florida. I'm not there to jump over the seat and take the wheel of his life.

It's the part of me that will not be completely at peace until I know that Nina has gotten safely back to her house in Albuquerque after her visit home this weekend.

The adult Jenny KNOWS that its all magical thinking bullshit, but the little Jenny has such a hard time letting go.

They fight over that damn Saint Christopher's Medal.

And Donna thinks, on top of that, spending my childhood hiding under blankets in the backseat floorboard has eternally damaged my sense of direction.

It could be that I'm actually a better driver and could find my way to her house more easily from the backseat floorboard.