My Momma Didn't Teach Me No Manners

But, I never thought how that affected my manners until yesterday.

I went to a beautiful memorial service yesterday for a friend's father. The family and friends who stood up and shared about him made me really wish that I had known him. But I know his daughter, and if she takes after her father at all, I can imagine what a loving, giving person he was.

DeColores was serving food at the memorial service. They're one of my favorite restaurants, you know. I did a very good job on portion control but did eat a tamale, some brie, olives, and guacamole. Then, I started thinking about Donna who I had left at my house working on her computer while I went to the memorial service. I mean, MY house where there's nothing to eat.

So, (tacky, tacky, tacky).... I filled a plate and asked for foil to cover it so I wouldn't go home to Donna empty-handed.

And really, if I try to analyze that convoluted place in my brain where I justify, rationalize, and ponder.... I think what I was really doing was trying not to be AHEAD of Donna in the competition of who ate the most yesterday.

Did Donna know that we were having a competition? Noooooooo, of course not. I compete with people who don't even know they're in the race. I have a better chance of winning then.

My take-out for Donna has THREE tamales, pineapple, brie, and a massive amount of guacamole. You can look at it either as I was being very generous or as I had to make sure she ate more than me.

I started feeling ashamed of myself after I got home for taking food from the funeral. The mean ole shaming Jenny in Jennyland was saying, "Didn't your mother teach you any better?"

And the answer is NO! I think my mother would have taken take-out from a funeral, too! She would have done like I did and made some elaborately confusing explanation to the host about why she was walking out with a foil doggy-bag, but she would have done it.

My mom didn't have much of a filter or boundaries either, I don't think. And I'm talking about even after she got sober. She was quirky and I think she assumed that other people were just like her on the inside but maybe not comfortable expressing it on the outside. That's how I think.

As my friend, Tippy, once said to me: "Jenny, you are how I've always been afraid of being. But watching you, I've realized that it would be OK if I was that way."

I'm interested in hearing from family members who knew my mom. Do you agree that she had flaky filters and boundaries and would have taken a doggy-bag? 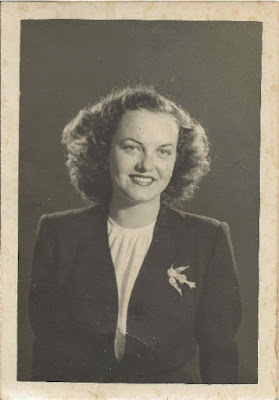 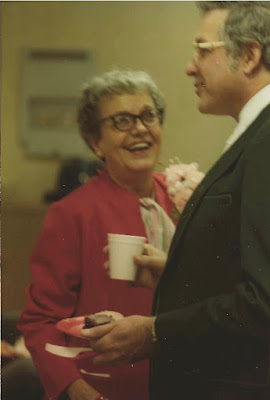