She had a warped sense of humor - even before she developed alcoholism. 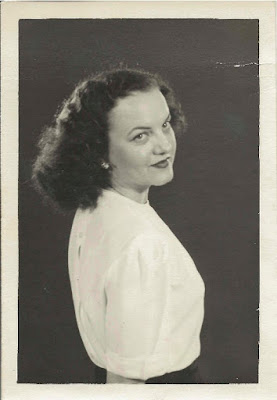 Two of my favorite stories:

Sometime in the late 1950's, Mom and Dad were invited to a Christmas party at her friend Betty's house. It was going to be THE HOLIDAY EVENT in little Knox City, Texas. Betty was planning to go ALL OUT with every aspect of the party, including her dress. It was a big secret, but Betty had made a Christmas skirt with an intricate appliqued Christmas tree on it and her husband, Cydie, had engineered a contraption that actually lit up her skirt with tiny little lights powered by a battery pack in the pocket! (Remember, this was the 50's - way before tiny little Christmas lights and tiny little batteries). Betty was keeping her Christmas skirt on the down-low and waiting to dazzle everyone with her surprise.

But, somehow Momma found out. (My social worker nosiness is a genetic trait.)

In that horrid kind of "best friend friendship", my mom decided to show Betty up. She made a red felt skirt, then went out to the farm and cut a big branch off a mesquite tree and sewed it on. Then, she strung electric Christmas lights (those big ole screw-in bulb kind) on the mesquite branch. She went to the party and plugged herself in and focused all the attention on herself. (sound familiar??)

As she worked the party, Momma had to go from outlet to outlet because she only had a 6' cord. Years later, she was still talking about how she should have remembered to take an extension cord to that party.

That was my momma. I would have loved to been there.

My other favorite momma story:

Knox City is a little town - probably had about 2,000 people in the 50's. My parents owned the local newspaper that was published weekly. My mom wrote a column called "As Seen by Rene" ('rene' rhymes with 'seen'). It was basically a gossip column. She pretty much knew everything that was going on in Knox City. 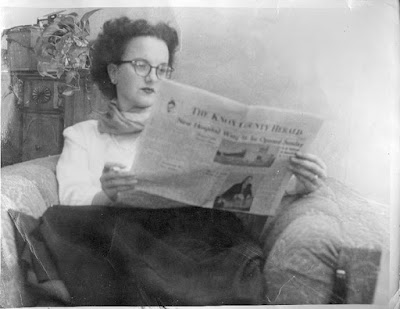 See the little As Seen By Rene icon on the top of the newspaper before "The Knox County Herald"? Its a drawing of her.

Anyway... playing bridge was a big thing back then. It must have been kind of hard to have a small luncheon and play bridge with the girls when everyone knew everyone else in town. I mean, you couldn't invite everybody.

Well, Momma found out that Betty (I SWEAR! THEY REALLY WERE GOOD FRIENDS!) was having a luncheon bridge party - three tables of four. You know, card tables set up, covered with pretty tablecloths, luncheon plates with finger sandwiches and jello salad, ashtrays......

Again.... when Betty did something, she did it up right!

So. Momma found three other uninvited gals from their crowd, got her own card table/table cloth/luncheon plates/jello salad/ashtrays/decks of cards..... and they set up their luncheon bridge table right outside Betty's living room picture window!

Don't you love it?

Ohhhhhhh, if we had been the same age.... I don't know if we would have been friends or enemies! Would I have been turned off by her because she was such a teaser? So attention-seeking? Would I have competed with her?

I don't know, but I think I would have thought she was wacky and silly and crazy and fun. I would have wanted to be her friend. 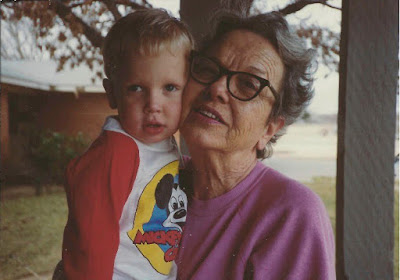 Just a few months before she died. 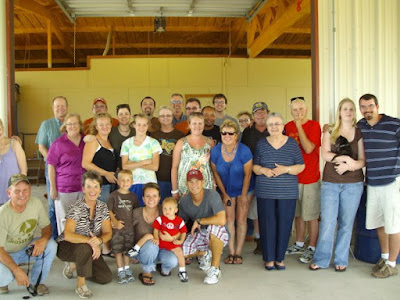 Some of her nieces and nephews 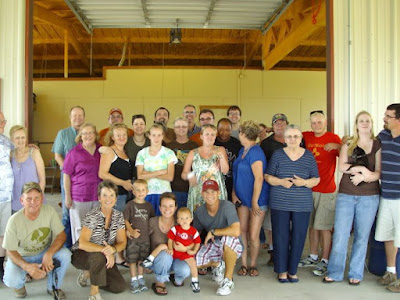 My favorite reunion picture. Look at how Timi is turned around talking to the people behind her. That's a McAuley trait. One of them is always talking. The blood line between my mom and her niece, Timi, is strong!
Posted by Jennneil at Thursday, November 10, 2011