Oh, don't get me wrong. I've already been in there. Here are some pictures of what it was like: 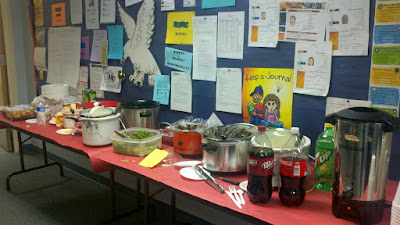 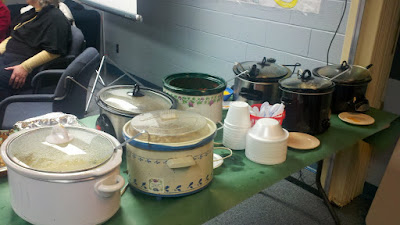 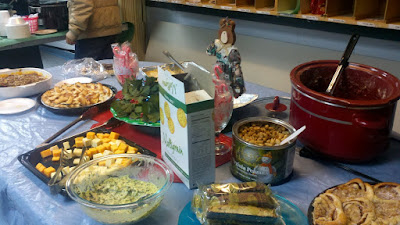 But I did OK. I had some pot roast, some baked chicken with cheese and green chili, three little pieces of cheese, salad, and half a cup of Texas chili. And ketchup.

But then I had to get out of there. I still have one more party today, two tomorrow, two Saturday, and one on Sunday.

This morning I weighed

That's the least I've weighed in at least five years.

I'd like to somehow weigh the same or less on Monday morning.