Global Teeth - And Other Unfair Judgments

I have a teeth issue. Unfortunately, not with my own teeth, but with the teeth of others.

I think it started during a horrifying blind date when I was in high school. Due to the trauma, my memory of that night is fuzzy. But what I remember is being in a Volkswagen mini-bus (had to have been Junior's) with a guy that some so-called friend had set me up with. My date was missing three top front teeth and one bottom front tooth. No telling what there was (or wasn't) in the back of his mouth.

Being a judgmental teenager I had a real problem with this. Being a well-mannered (chicken) Southern girl, I wouldn't dare say anything to him about the fact that I found him utterly unattractive.

And.... that night became a defining moment in my perception of what made someone attractive to me. They had to have teeth. Not necessarily their own teeth, but some sort of teeth in all their teeth holes.

Now, there are two things weird about this:

First of all, I don't have all my teeth. I am forever embarrassed by this -- 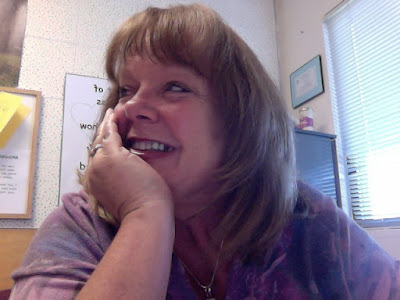 --but it doesn't keep me from judging others' (read: men's) lack of teeth.

Second of all, my perception of whether or not someone is toothless has now gone WAY BEYOND having anything to do with teeth!

When Barb pointed out a man to me and said "You can go out with him", my response was "He's toothless". This particular man very likely had all his teeth. He just wasn't my type. But, I immediately pigeon-holed him. Under the heading "toothless"?

I am so shallow. And fat. Whatever gave me the idea that I could judge.

Oooh, I hate that.

While I'm losing things like weight, I'd like to lose the part of me that judges others.
Posted by Jennneil at Monday, December 19, 2011