Not THAT kind of orgasm!

I had my lunch made by someone I consider a gourmet cook. And, knowing that I'm trying to lose weight, she made an amazing healthy lunch. And I TOOK PICTURES because she was doing things I've been never seen before. And they weren't sexual!

Now, first you have to know about Jilli. She is a basket weaver, potter, seamstress, and general crafty person. She is one of those people who can really and truly do anything.

I, a person who had to ask someone how to put the Thanksgiving turkey in the pan, eats at Subway at least five times a week, and puts ketchup on everything -- don't get to see gourmet cooks in action very often.

I had never seen pasta home made before. 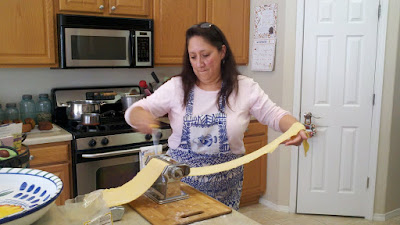 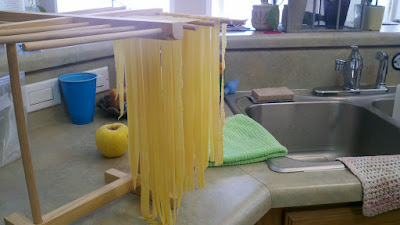 I had never seen these cute little pastas from Trader Joe's. They look like little evening bags! 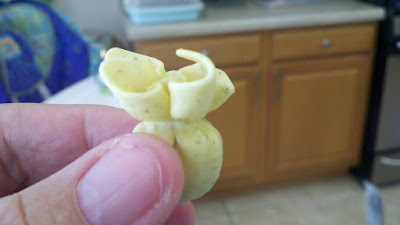 I had never had brussel sprouts sauteed with cinnamon apples, butternut squash, edamame, and fresh spinach. 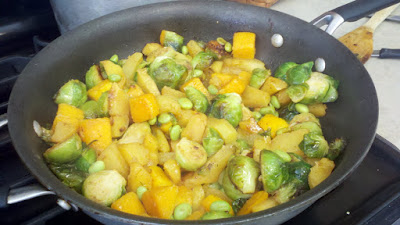 I'd never been close to a food orgasm - especially not involving ketchup.

It was amazingly delicious. I ate two helpings of everything. Yikes. 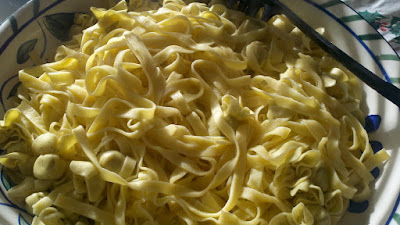 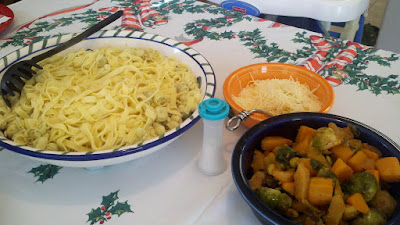 And, the meal was topped off with homemade pumpkin cake (made from 'Cinderella pumpkins') with icing that I would have liked to squirt in my mouth.

Jilli only let me have a little bit.

And the entertainment was watching Trenton (age 1), Cricket (a dog), and Taryn (age 21) in the play tunnel. I promised not to post the picture where Taryn was actually stuck.

It was a wonderful afternoon! Thank you so much Jilli, Taryn, and Jordan for sharing your home and your lives with me.

Tomorrow, it's back to Lean Cuisine and Subway.