I woke up feeling gratitude for the Russian woman who gave birth to Nina 19 years ago. It probably wasn't an easy birth. Nina was two months premature and basically born dead. It is a miracle that the doctors decided to revive her.

I imagine that her birth was a time of fear and panic. And the woman who gave birth to her must have felt that trying to raise a premature baby in poverty - if the baby even survived - was too much. The woman left the hospital after giving birth, without Nina.

Nina stayed in the hospital for four months. She had been so "unready" for birth that she didn't know how to suck. She was fed with a tube until she was big enough to go to the orphanage.

To me, January 21st is the anniversary of a miracle. Nina is a miracle. She was meant to be my daughter and, without the goodness of God and the poor Russian woman, she would not be in my life.

It's like, on some cellular level, Nina remembers that January 21, 1993 was a difficult and scary time for a tiny baby not quite ready to come into the world. It was the beginning of three and a half years of being in a room with numerous other cribs, learning to cry the loudest to get attention.

When we got Nina at age three and a half, her voice sounded like a little old lady who had smoked cigarettes for forty years. The doctors told us that she had "screamer's nodules" on her voice box.

It's how she survived.

May 30, 1996 is that day that things started. That's the anniversary of the first time I looked into her eyes. That's the day I saw her waddle across the room in black patent shoes saying "momma!". That's the day we first touched, her first car ride, first airplane ride, first bite of ice...... The beginning of many firsts.

That's the day she wants to celebrate.

So, even though I thank God for this day 19 years ago when my daughter came into the world, we will celebrate her "gotcha" day on May 30th.

That's when we began. 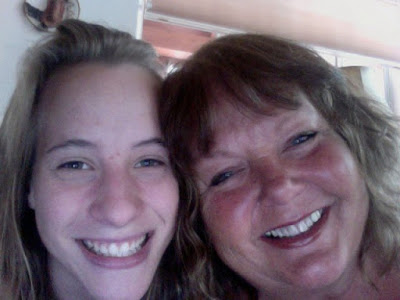