This morning, we went to the memorial of the Oklahoma City bombing. Living in Jenny and Donna time, we planned to run by there after breakfast, go see the Capitol building, check out Bricktown, take pics of the milk bottle, and be in Branson by 1:00 (at least five hours away). However, the memorial was stunning. Heart breaking. Profound. It was noon before we left. Following are some pictures that I took at the Murrah Building site. Unfortunately, due to my stupid gene, I am attempting to blog from my phone where the pictures that I downloaded on my computer just show up as goobledy goop computer code. So, I can't comment on individual pictures because .... well, I don't know where they are. So, I'll just make all my comments and let you figure out what pictures go with what comments on your own. Pretend that it's a little game. Of the memorial pictures, I think my favorite one is of the full coffee pot in the middle of the destroyed office. It seemed to symbolize what appeared to be the randomness of the devastation that day. There were numerous stories of survivors in offices where everyone else was killed. They were like the coffee pot. I personally don't believe in randomness or "the luck of the draw". But I can see why some people do hold that belief as true. To change the tone of the day, we did run by the milk bottle on our way out of town. The milk bottle is in top of an itty-bitty Vietnamese restaurant. What a tiny little building it is. Since we had to pick Nina up at 6:00 outside of Branson and we didn't get out of Oklahoma City until nearly 1:00, we had to rush and not make our willy-nilly Americana stops but... I couldn't pass up on the interstate-spanning McDonalds. I mean, if that's not white trash Americana, what is? The trip to Branson was gorgeous. Since our primary and initial destination in Missouri was a rural church camp, our GPS took us on little tiny country roads. I thought everything was amazingly beautiful but, to be honest, I have to say that I'm not used to trees like there are here and they really do make me a bit claustrophobic. While searching the flat plains of Amarillo yesterday, looking for the giant pair of legs, I told Donna that I felt most comfortable where I can see all the way to the horizon. When I am in the flatlands, I feel secure in knowing what's coming. In fact, I was busy yesterday waxing poetic about possible generational memories being handed down to me of shading my eyes with my hand and looking out toward the horizon through the fields, searching for possible dangers. In fact, I was busy giving myself goosebumps with the memories of countless aproned McAuley women before me who passed on their strength of spirit when Donna said, "So now you're saying that instead of being a princess, you're a pioneer? I don't think so.". Poopy-head. She rained on my parade. Anyway, I thought about that again today when the trees seemed to get closer and closer and my chest got tighter and tighter. The highlight of the day was seeing my awesome daughter running down the road to me as we drove out to pick her up. Boy, does it ever feel good to be with her again! After dinner at a Golden Corral that had changed its name and was pretending to be a high falutin' buffet (but wasn't), we checked in to a really wonderful resort. Our dwelling for the next two days has a has fireplace that's really nice if you turn up the air-conditioner real high and pretend that it's not July, a Jacuzzi tub, and (my favorite) - a SCREENED-IN PORCH! It's lovely. Tomorrow, we're riding the ducks in the morning (tour buses that turn into boats), seeing the Titanic museum in the afternoon (I know, we're in Branson, Missouri -I don't know what that has to do with the Titanic either!), and I've already figured out that there's enough kitschy, white trash, redneck, people-of-Walmart-looking Americana stuff in this town to keep me happy for weeks! I've already seen photo-ops for tomorrow including a life size pink gorilla and another really big chicken! Love, WTJ (figure that out and you win the prize) 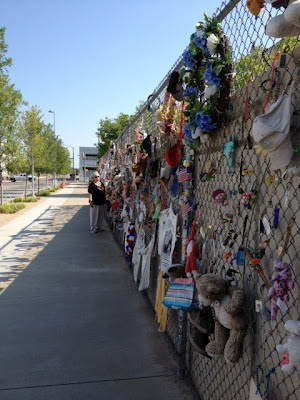 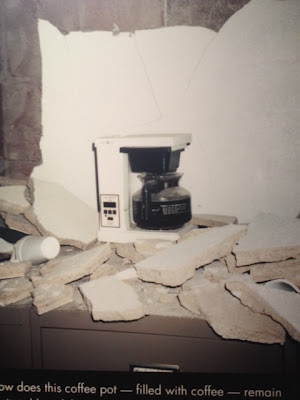 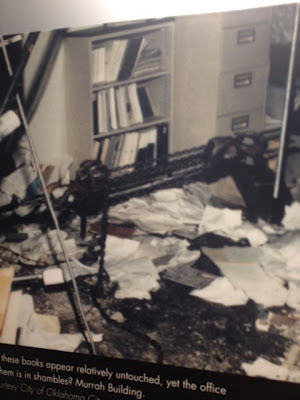 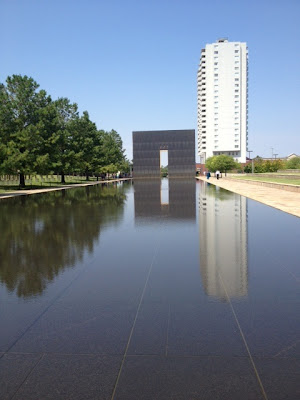 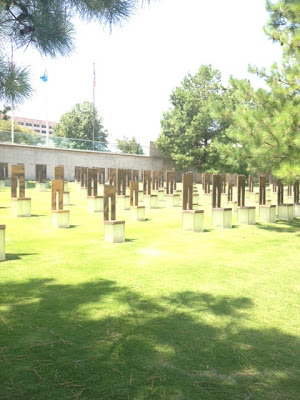 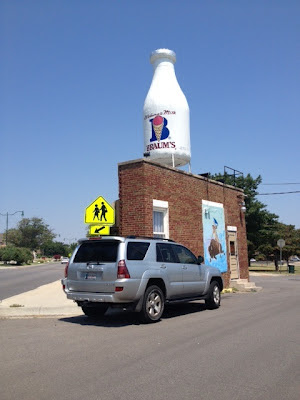 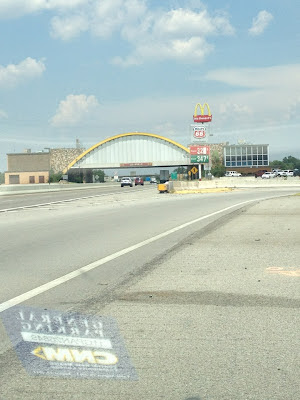 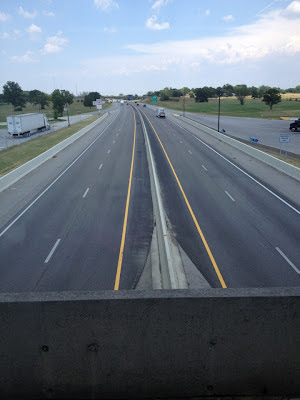 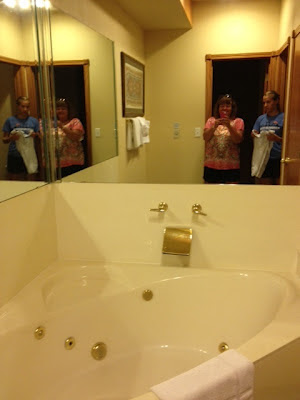 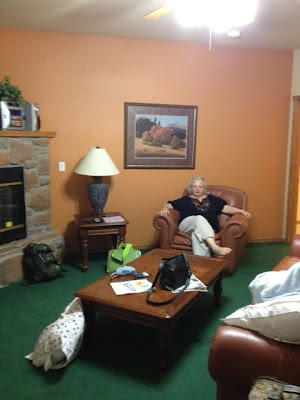 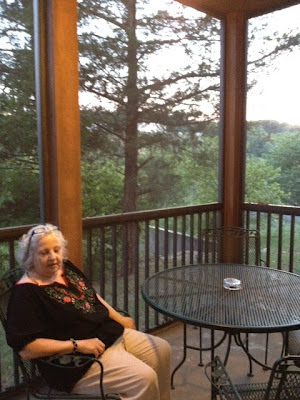