I have to blog about my friend, Jean.

Jean is the kind of friend that makes me know that God has a hand in everything and everyone that is put into my life.

Jean is the kind of friend that makes me understand - on a cellular level - Ecclesiastes 3:1:

There is a time for everything, and a season for every activity under heaven.

I met Jean - and yes, he is male and his mother named him using the French spelling of Jean - at some spiritual growth group in my late teens or early 20's.  I actually don't know how long I've known him.

Jean is an important part of my past.  The past that makes me who I am in my present.  He's not part of my present.   I have contact with him so infrequently - maybe once every two or three - or even four - years.  But the lack of contact, the fact that he is a person from my past - doesn't lessen AT ALL the importance he has in my life.

Jean was my "family" for many years.   He listened to me work through many relationships, he mediated conflicts between me and my mom, he was beside me as I fell in love with Charlie and followed him to Idaho, he visited my mom when I lived elsewhere, he has been one of the important rocks in my life.

In the beginning, Jean had a unrequited crush on me.  It was unrequited because I knew Jean was gay.  Jean later said that he didn't know it, but I did.  Obviously, Jean knew, but being a male from a small west Texas town, he denied what was really in his heart.   Years later when he was embracing his lifestyle, he said that I pulled him, "kicking and screaming, out of the closet".  I really didn't do that.  I was just there.

I was there to watch the process, the deeply painful process, that Jean went through as he walked the road to self-knowledge and self-acceptance.

I was there  -  literally on the other side of the closet door, as he sat weeping in his bedroom closet so people in the adjoining apartments wouldn't hear his pain through the thin walls.

I was there - waiting for him to get back to the hotel when we went to Dallas so he could experiment with people he met in the gay clubs that were popular in the '70's.

I was there - through romances, break-ups, pain, and laughter.

I was there when he met John.

But, Jean's importance in my life never wavered.

When my mom died on Halloween in 1991, Jean is the person who planned and conducted my mother's memorial service.  He did this at my request.  The person who loves you, and loved your mom enough, to lead her funeral never, absolutely never, loses their importance in your life.

The last time I saw Jean was two years ago when we met up for coffee in Lubbock and spent hours catching up.  I marveled at his love and commitment to John and at his tales about his relationship with John that, at that time, had lasted ten years longer than my marriage.  Jean spoke of a full life and a relationship that "completed" him.

I found out on Facebook that John died this week.  He apparently died of a massive heart attack while he and Jean were traveling.

Please pray for this man who has lost his life partner. 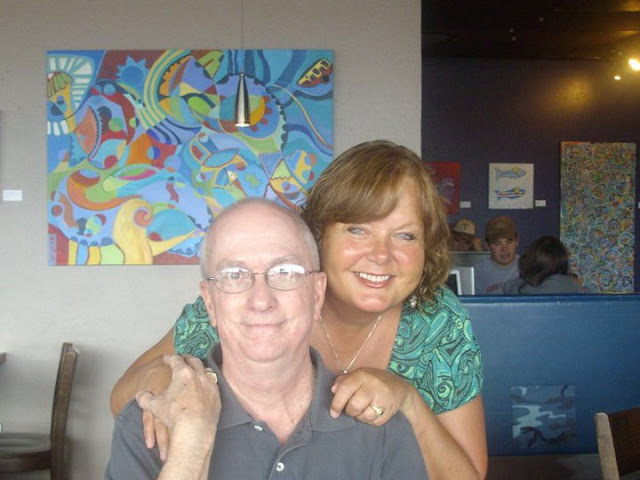