Today I have been thinking about words that have different meanings depending on what language you are speaking.

(You can look up absolutely anything on Google.)

I'm trying to learn how to speak Thinnish.  It's a hard language for me.  There are some words that I'm really having problems remembering the definitions of ---- words like full, control, moderation, no, enough, and satisfied.

There are other words that I repeatedly forget have different definitions in Thinnish than they do in my native language of Overeater. 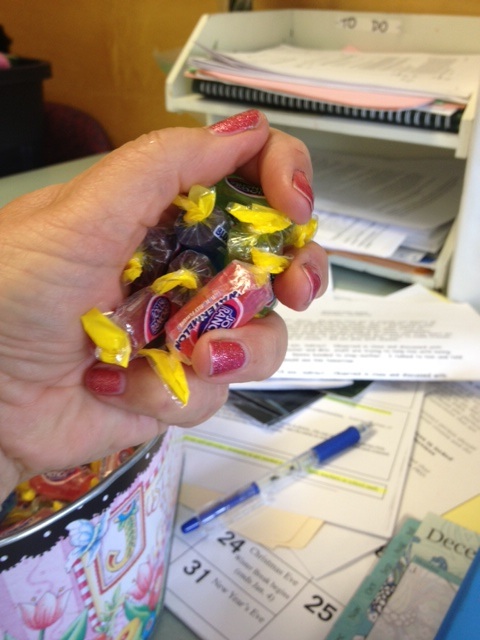 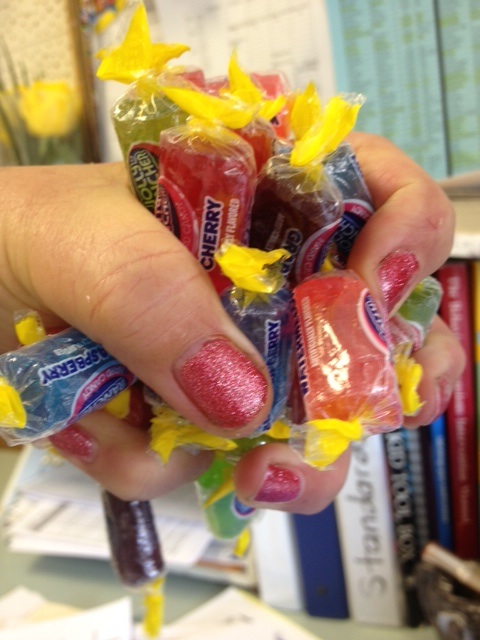 But, after lunch, I was obviously speaking in Overeater even though I'm trying to practice speaking Thinnish all day, every day.

I was speaking Overeater while I was sitting at a table in the teachers' lounge with a large container of trail mix.

After school, I decided to keep practicing Thinnish by logging everything I ate on to the Weight Watchers website.  After adding up the points, I was dismayed to find out that I had eaten fifteen points of trail mix.

More than a meal.

Much more than a meal.

I was about to post a Facebook status about the high point value of "just a handful" of trail mix when, all of a sudden, I realized that the trail mix was not the problem.

The handful was the problem.

I estimate that my handful of trail mix consisted of ........
That's a handful in my mother language.  But I want to live in Thinland now.  I want to speak Thinnish.   I need to remember that my definition of something is not necessarily what the word means in this new, unfamiliar language.

When I come across the words handful, serving, helping, or snack - I need to remember that if I want to live and thrive in Thinland, I have to learn to speak the language.

**Note:  Jolly Ranchers were used as a prop for photos because I knew that if more trail mix touched my skin, the calories would quickly seep into my pores whether my hand went to my mouth or not.
Posted by Jennneil at Tuesday, December 04, 2012